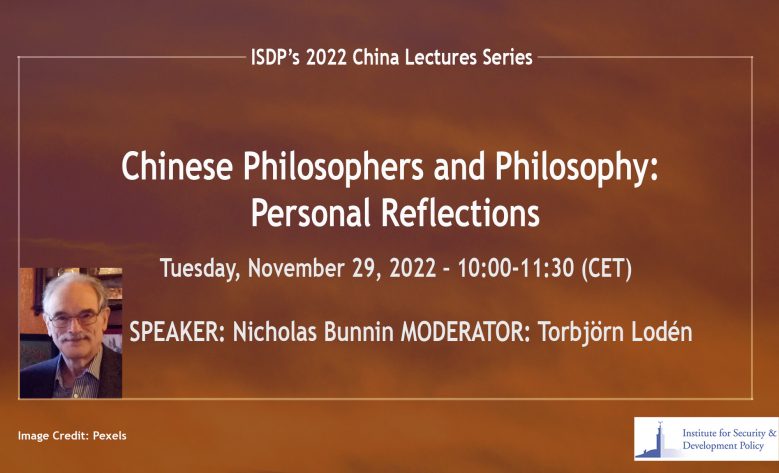 Nicholas Bunnin critically explores his four decades of engagement with outstanding Chinese philosophers and philosophy students, focusing on the Philosophy Summer School in China, which he co-founded with Professor Qiu Renzong. Their joint aim was to renew the creative development of Western philosophy in China that flourished in the first half of the twentieth century. On the basis of his own studies of Chinese philosophy, he also explores what contemporary Chinese and Western philosophers have to offer one another in our own increasingly troubled times.