Summary of the ISDP Forum: Perspectives on Post-referendum Turkey 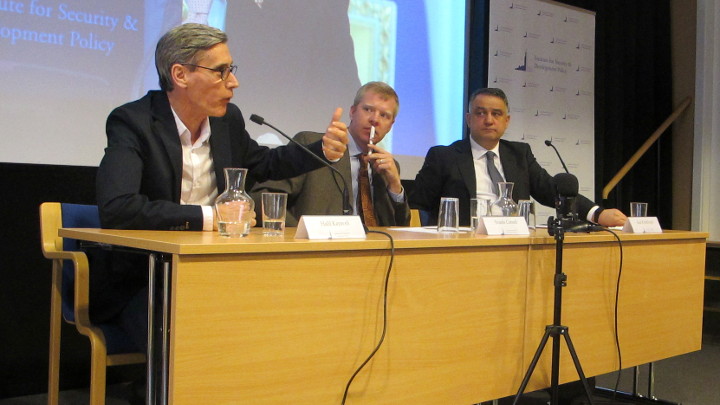 Dr. Cornell opened by describing the great transformations Turkey is undergoing, which are driving the country further away from Europe. The recent referendum confirmed this authoritarian drift, as Turkey is becoming less democratic, and less stable.

In his video, Mr. Jenkins discussed in depth the electoral irregularities of the referendum. For instance, although the ballot papers needed to have an official stamp before being handed to the voters, many ballot papers were added later and stamped retrospectively. Mr. Jenkins suggested that Erdogan is likely to remain in campaign mode even after the referendum, increasing the tensions and the suppression of freedoms. This condition of instability is also affecting the economy, which has substantially slowed down.

Mr. Karaveli pointed out that Western media tend to describe Turkey only by focusing on Erdogan, and consider any opponent as a positive, more democratic alternative. Instead, he argued, since 1950 Turkey has almost always be governed by right-wing governments, which are not democratic. This referendum has been described as a maneuver by Erdongan to accumulate power, but the problem is structural. In fact, the referendum can be considered as a response to two main challenges to the Turkish government: 1) the Kurds, who have shown that the 10% barrier in Parliament (imposed in 1992) was not sufficient to exclude them, and 2) the inner conflict with the Gulenists. A Presidential system makes it easier to exclude the Kurds, and the concentration of powers makes it easier to exclude the Gulenists.

Mr. Kınıklıoğlu continued by agreeing with Jenkin’s take on the irregularities in the referendum, and added that the entire campaign has been characterized by irregularities and unfairness. He then underlined the importance of the Kurds and the fact that whoever will lead the election will need to “court” them in order to reach the absolute majority. He also argued that the referendum has increased awareness of the election processes and the unfairness and irregularities. Many Turkish people want a more open society, more democracy and more checks and balances. Moreover, it is worrisome if Turkey drifts away from NATO, as it needs its security umbrella to defend itself in such an unstable region.

Check out the video of the event below!

ISDP thanks all participants and members of the audience for joining in the discussion.