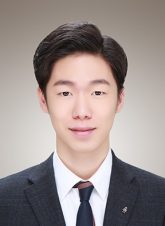 Mitch Shin is a Non-Resident Research Fellow of the Institute for Security & Development Policy (ISDP), Stockholm Korea Center, Sweden. He is Chief Koreas Correspondent at The Diplomat where he covers national security and foreign affairs of the two Koreas. Mr. Shin is currently an M.A. candidate in International Affairs at King’s College of London. He received a bachelor’s degree in Communication from the University of Utah. Before he joined the team, he covered local news of South Korea as a news reporter at Asia Times. He also worked as a news assistant for contributors working with Deutsche Welle and Al Jazeera. Mr. Shin’s main research areas are security and conflict issues of the two Koreas.