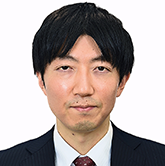 Daisuke Akimoto Ph.D. is an Associated Research Fellow of the Institute for Security & Development Policy (ISDP), Stockholm Japan Center, Sweden. He is a former Assistant Professor at the Soka University Peace Research Institute and a former Rotary International Ambassadorial Scholar at the Centre for Peace and Conflict Studies (CPACS) at the University of Sydney. His recent publications are “Japan’s Nuclear Identity and Its Implications for Nuclear Abolition” (Palgrave Macmillan 2020) and “Japanese Prime Ministers and Their Peace Philosophy” (Palgrace Macmillan 2022).