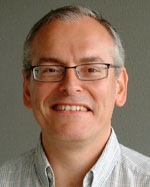 Ramses Amer – PhD and Associate Professor in Peace and Conflict Research from Uppsala University – is Associated Fellow at the Institute for Security and Development Policy. His main areas of expertise are a) regional collaboration, security issues and conflict resolution in East- and Southeast Asia and b) the role of the United Nations in the international system. He has published extensively and has considerable experience from fieldwork in East- and Southeast Asia.

Dr. Amer’s recent books include Conflict Management and Dispute Settlement in East Asia (Ashgate, 2011) (co-edited with Zou Keyuan) and International Relations in Southeast Asia: Between Bilateralism and Multilateralism (Institute of Southeast Asian Studies, 2010) (co-edited with N. Ganesan). He has contributed to international journals and books and written reports on regional collaboration and conflict management with a focus on ASEAN, on territorial issues including the South China Sea, on conflict resolution including the Cambodian Conflict, on various aspects of the relationship between China and Vietnam, on Asian perspectives of interventionism with a focus on China and ASEAN, on Vietnam with a focus on foreign relations and on human security, and on ethnic minorities and government policies including the ethnic Chinese in Vietnam. In addition Dr. Amer has published on issues relating to the United Nations with a focus on interventionism and the use of force.