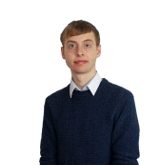 Mr. Stephen Crowther was an intern at ISDP’s Stockholm China Center in 2018, undertaking a master’s degree in Political Science at Stockholm University at the same time. He is currently studying for a second master’s degree in Asian Politics at the School of Oriental and African Studies (SOAS) in London. His research has included China’s relations with developing states, East Asian multilateral financial institutions and civil conflicts in Myanmar and Indonesia. His forthcoming thesis concerns China’s Belt and Road Initiative investments and influence in the South Pacific.

Mr. Crowther previously worked in the investment management industry in London, for Janus Henderson Investors. Before that, he completed his bachelor’s degree in international relations at Warwick University in the UK.