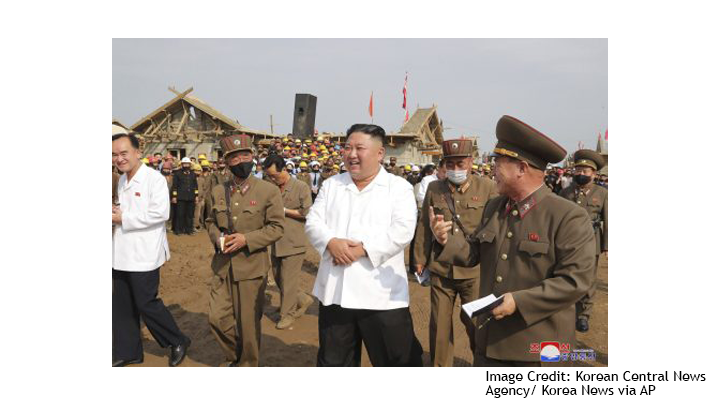 Even in its current state of pandemic-induced isolation, North Korea continues to engage the international community on climate adaption and disaster risk reduction.

In the North, the high level of deforestation acts as an impact amplifier in the case of natural disasters, in turn deeply affecting the nation’s agricultural output, upon which it depends for national food security. Reforestation efforts are known to be one of the most effective ways of mitigating the brunt of natural disasters, as forests absorb floodwater and reduce the risk of landslides and topsoil depletion, with their root systems acting as an anchor.

Reforestation also happens to be the one area where direct inter-Korean cooperation on disaster risk management has seen any measure of sustained success – during the heyday of the Sunshine Policy. The two nations agreed anew to “achieve substantial results” on the matter in the 2018 Pyongyang Joint Agreement, although this was suspended following the subsequent breakdown in relations.

Moon is obviously in a rush to make any type of progress on inter-Korean relations and to bring North Korea back to the negotiation table before his term ends in May. By approaching Pyongyang with this type of green diplomacy featuring a tried-and-tested formula of cooperation, he hopes to initiate a dialogue that will eventually spill over into other aspects of the peace process. Indeed, at the time Moon proposed the forestry cooperation project, which followed the restoration of inter-Korean hotlines and North Korean leader Kim Jong Un’s repeated admission of the severity of the North’s food crisis, the timing appeared appropriate. So why has North Korea not responded?

North Korea is likely aware of the potential instrumentalization of such cooperation offers by both Seoul and Washington under the current stalemate. The nation has also rejected offers of COVID-19 vaccines and humanitarian aid shipments from Seoul, not to mention the offer of an end-of-war declaration. Pyongyang has repeatedly given Seoul the cold shoulder since the collapse of the Hanoi talks in 2019, blaming Seoul for its inability to convince Washington to ease sanctions. For Kim, engaging a lame-duck Moon with little power over U.S. decision makers is unlikely to be prioritized.