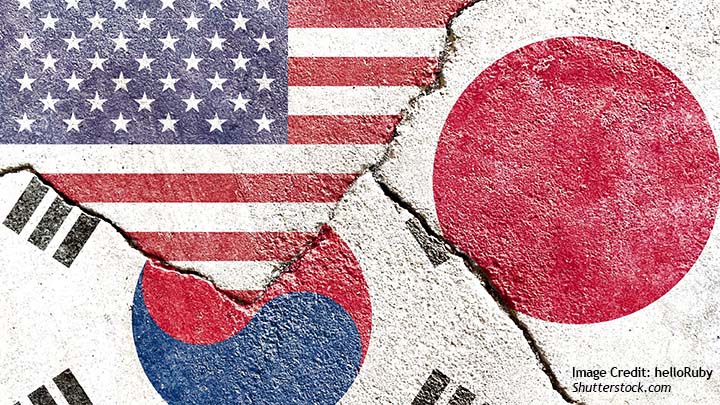 The leaders of the United States, South Korea, and Japan met in Madrid on Wednesday. Held on the sidelines of the North Atlantic Treaty Organization (NATO) meetings this week, the trilateral summit meeting was the first of its kind since September 2017.

As Pyongyang prepares to conduct its seventh nuclear test, the three leaders agreed to respond to North Korea’s nuclear and missile threats through trilateral cooperation.

“Our trilateral cooperation, in my view, is essential to achieving our shared objective, including a complete denuclearization of the Korean Peninsula and a free and open Indo-Pacific,” U.S. President Joe Biden, who hosted the meeting, said in his opening remarks.

Since Biden took office, Washington has consistently made clear that it has “no hostile intent” toward North Korea in a bid to overcome the so-called “hostile policy” framing initiated by Pyongyang. In order to restore the deadlocked dialogue, Washington has expressed willingness to sit down with Pyongyang “anytime, anywhere, with no preconditions.” Pyongyang has not responded to its messages but instead demanded that Washington make concessions. In North Korea’s view, the United States – and specifically then-U.S. President Donald Trump – bears responsibility for the failure of the 2019 Hanoi summit, so Washington must make the first move to restart dialogue again.