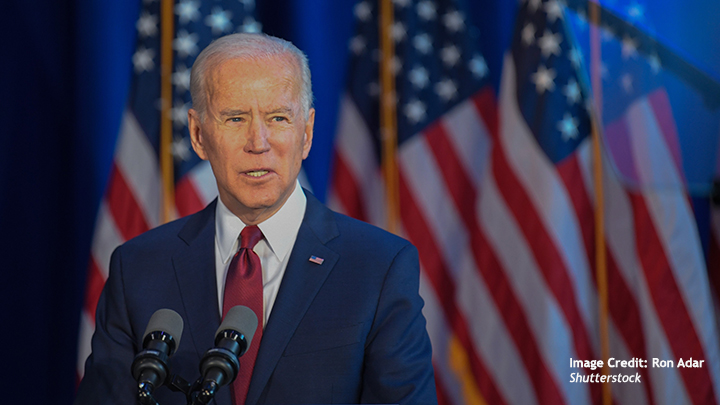 This article was first published in the Diplomat.

The U.S. was critical in convincing Japan to join the trade pact. Now Tokyo wants to bring Washington back into the fold.

According to an interview with Jiji Press published on January 16, Japanese Foreign Minister Motegi Toshimitsu expressed his expectation that the United States under the administration of Joe Biden would come back to the Trans-Pacific Partnership (TPP) framework. The United States under the Obama administration was a driving force in the TPP, but the Trump administration pulled out of the pact immediately upon taking office. The remaining countries regrouped to form the TPP-11 or the Comprehensive and Progressive Agreement for Trans-Pacific Partnership (CPTPP), a free-trade agreement between 11 countries: Australia, Brunei, Canada, Chile, Japan, Malaysia, Mexico, Peru, New Zealand, Singapore, and Vietnam. The CPTPP entered into effect in December 2018.

In the meanwhile, on January 22, White House Press Secretary Jen Psaki stated that President Biden “knows TPP wasn’t perfect and believes we need to make it stronger and better.” She said that the priority of the Biden administration “is on doing everything we can to advance working families and the American middle class.” The White House statement indicates that the Biden administration would not rush to rejoin the TPP. Instead, the administration will start by focusing on domestic issues, such as the COVID-19 pandemic as well as the revitalization of American industries. Indeed, given the domestic constraints, especially persistent opposition to economic globalization in the Rust Belt area, and with an eye to the 2022 mid-term election, it is regarded as premature for the Biden administration to rejoin the current TPP framework at this stage.

Tokyo has consistently encouraged Washington to come back to the TPP framework, fully aware of the economic benefits that would bring. Japan itself was not supportive of the TPP at the outset due to strong domestic objection, especially by agricultural organizations that feared the treaty would increase unemployment and destroy Japanese agriculture.

Japan’s policy on the TPP dates back to the administration of the Democratic Party of Japan (DPJ), which governed Japan from September 2009 to December 2012. In October 2010, Prime Minister Kan Naoto expressed Japan’s intention to participate in TPP negotiations, and in November 2011, Prime Minister Noda officially stated that Japan would join the talks. In the general election of December 2012, the DPJ government lost its majority and the Liberal Democratic Party (LDP), led by Abe Shinzo, who opposed Japan’s participation in the TPP negotiations, came back to power. In March 2013, however, Prime Minister Abe suddenly modified his TPP policy and announced Japan’s participation in the TPP negotiations. Why did the Abe government decide to facilitate the TPP in spite of the domestic opposition?

The Japanese government changed its stance after Washington embraced the multilateral free-trade framework and encouraged Tokyo to join the negotiations. In September 2008, the administration of George W. Bush had expressed its interest in joining the Trans-Pacific Strategic Economic Partnership Agreement (TPSEP) or the Pacific Four (P4) established by Singapore, New Zealand, Chile, and Brunei in 2006 as a prototype of the TPP. In November 2009, the administration of Barack Obama announced it would join the multilateral free-trade pact negotiations.

Notably, a turning-point for Japan’s TPP policy was marked when Abe visited the United States in February 2013. On February 22, Abe delivered a speech in Washington regarding Japan’s TPP policy. In the speech, he stated that President Obama took into consideration bilateral trade sensitivities that would protect certain products from excessive taxation, such as agricultural products for Japan and certain manufactured products for the United States. Significantly, Obama assured Abe that Washington would not force Tokyo to eliminate all tariffs. In other words, the Abe government opted to pursue the TPP on the condition that Japan could protect so-called sanctuary for five products: rice, wheat, meat (pork and beef), dairy, and sugar. With Obama’s promise, Abe decided that Japan should join the TPP.

Attracted by the estimated economic benefits, countries such as Thailand, South Korea, China, and the United Kingdom have shown their interests in participating in the TPP framework. The United Kingdom submitted a formal request to commence the accession process of the TPP membership on February 1, 2021.

Interestingly, Chinese President Xi Jinping stated in November 2020 that China would “favorably consider” joining the TPP framework. There are advantages for Beijing to express its interest in joining the TPP framework prior to Washington, now that China is a member state of the world’s largest free-trade pact, namely the Regional Comprehensive Economic Partnership (RCEP) which was signed by 15 countries  – the 10 ASEAN member states, China, Australia, Japan, New Zealand, and South Korea – in November 2020. Although it might not be easy for China to satisfy the high standards of the TPP at this point, the political influence of RCEP under the Chinese leadership could eventually undermine the U.S. global leadership on trade. To ensure Washington’s continued leadership in the Indo-Pacific region, it is strategically significant for the Biden administration to rejoin the TPP prior to China.

The Parties will contribute toward the further development of peaceful and friendly international relations by strengthening their free institutions, by bringing about a better understanding of the principles upon which these institutions are founded, and by promoting conditions of stability and well-being. They will seek to eliminate conflict in their international economic policies and will encourage economic collaboration between them.

Therefore, it is natural for Japan as a key U.S. ally to encourage Washington to enhance their bilateral economic cooperation in the Indo-Pacific region.

Bearing in mind the economic benefits of the free-trade agreement, the political context of Japan’s entry into the treaty, the strategic implications of the TPP for the Japan-U.S. alliance and Washington’s global leadership, Tokyo is hoping for the Biden administration to come back to the TPP – knowing that will have to wait until after the implementation of proper and sufficient measures against the COVID-19 pandemic, reinvigoration of U.S. industries, and probably the 2022 mid-term election.

In his statement of February 4, Biden pointed out the importance of “democratic alliances” and his willingness to revitalize the U.S. government’s relationships with allies including Japan. For the sake of the credibility of the Japan-U.S. alliance and the global leadership of the United States, the Japanese government expects the Biden administration to come back to the TPP framework in the near future.

Daisuke Akimoto, Ph.D. is an adjunct fellow of the Institute of Contemporary Asian Studies (ICAS) at Temple University Japan Campus, and an associated research fellow of the Institute for Security and Development Policy (ISDP) Stockholm Japan Center, Sweden. He is the author of “The Abe Doctrine: Japan’s Proactive Pacifism and Security Strategy” (Palgrave Macmillan 2018) and “Japan’s Nuclear Identity and Its Implications for Nuclear Abolition” (Palgrave Macmillan 2020).