North Korea Conducts Its Sixth Round of Missile Tests This Month 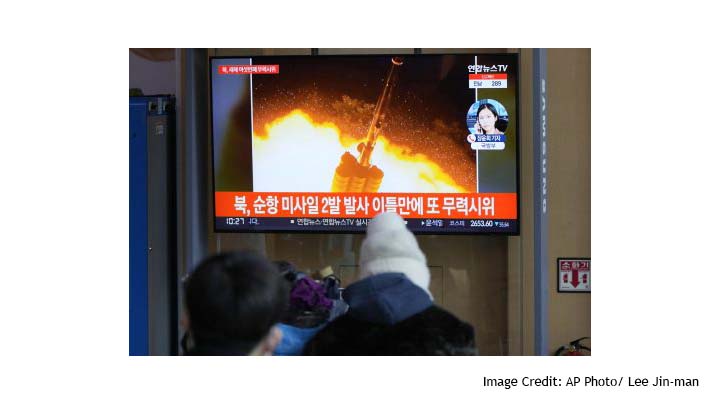 The suspected SRBMs flew about 190 km with an apogee of 20 km from near Hamhung city around 8:00 a.m. Korea Standard Time (KST), JSC said. Detailed information on the performance and capacity of the missiles is expected to be announced on Friday by North Korea’s state media.

Based on the JCS’s brief information on the performance of the SRBMs, North Korea might have launched an improved model of the KN-23 SRBM.

Through a series of tests involving hypersonic missiles, SRBMs, and cruise missiles, North Korea has test-fired 10 individual missiles so far this month, the most individual missiles tested in a month. North Korea’s previous record was set in March 2020, when it tested nine individual missiles. The North has noticeably ramped up the frequency of missile tests in the wake of the “no deal” Hanoi summit in February 2019. Despite the United States’ recent sanctions over the country’s SRBM tests, North Korea will keep testing missiles as Kim Jong Un seeks to show his strong military might on the birth anniversaries of Kim Jong Il (February 16) and Kim Il Sung (April 15), the current North Korean leader’s father and grandfather, respectively. North Korea usually unveils an improved model of its ballistic missiles or advanced weapons at such events.