Modernization and Regional Cooperation in Central Asia: A New Spring? 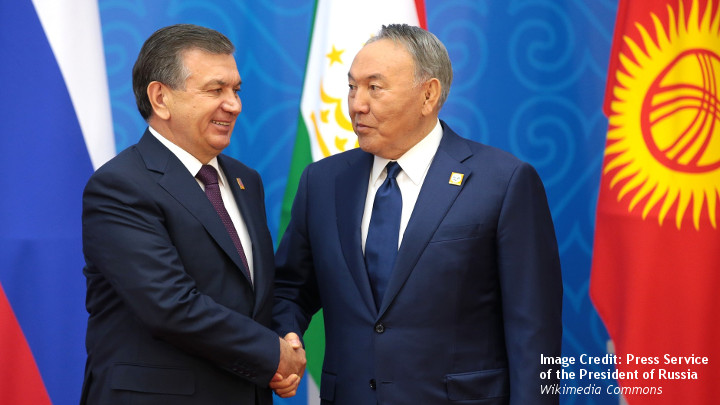 Until recently, regional cooperation among Central Asian states has left much to be desired. While a number of initiatives have been launched over the past quarter-century, there is no functioning mechanism for coordination among the region’s states, and by early 2018, a decade had passed since Central Asian leaders met without the presence of foreign powers. Little wonder, then, that despite the close cultural and historical connections linking Central Asians together, the very existence of a Central Asian region has come to be questioned.

In the past two years, there are important indications that this gloomy picture is rapidly changing. The pace of interaction among regional states has grown considerably. Controversies over border delimitation and water use have been largely resolved. In March 2018, leaders of five Central Asian states met in Astana at the invitation of the President of Kazakhstan, but at the initiative of the President of Uzbekistan. In June that year, the United Nations General Assembly passed a resolution, submitted by Central Asian states, that supported the strengthening of regional cooperation in Central Asia. Preparations are underway for a second summit of Central Asian leaders in March 2019. What are the prospects of such cooperation?

An overview of Central Asian regional cooperation to date shows that the roots of regional coordination lie in the late Soviet period. Central Asian leaders of the Brezhnev era worked together to coordinate their responses to Moscow’s demands, and built a united front to maximize their freedom of maneuver. When independence was thrust upon the region, the leaders of the five republics took steps to continue this practice, and even to deepen it through common institutions. This, however, turned out to be premature for two main reasons. First and foremost, the new states had enormous domestic challenges, and needed to focus their energies on the building of state institutions, often from scratch. This condition, common to post-colonial situations, preoccupied them for the better part of two decades. Today, however, Central Asian states are considerably more consolidated, meaning they are able and willing to look beyond their borders to seek regional solutions.

Second, there was, and remains, a rival to Central Asian cooperation: that of Eurasian integration, led by Moscow. Because of their economic and security dependence on Moscow, regional states sought simultaneously to deepen regional cooperation in Central Asia, while also engaging in Eurasia-wide integration structures. This appeared to work until geopolitical competition in Eurasia accelerated between 2001 and 2005. Central Asian states had set up an increasingly successful structure for regional cooperation; but this came to an end after Russia first joined the organization, and subsequently engineered its merger into Eurasia-wide integration structures in 2005.

What, then, is different today? Three main factors provide an impetus for the rebirth of regional cooperation in Central Asia. The first is that the prospect of continental trade linking Europe and Asia across the region is no longer an illusion, but rapidly becoming reality. To reap the full benefit of this process, Central Asian states must develop their coordination of policies in economic and customs matters, among other. The second is that while high commodity prices generated a certain level of complacency for a number of years, this changed with the drop in oil prices in late 2014. Beginning in 2015, a serious effort at political and economic reform began in Kazakhstan. In 2016, the power transition in Uzbekistan led to the rise to power of Shavkat Mirziyoyev, who embarked on an ambitious program of reform of state institutions in every sector. These reform initiatives in Central Asia’s largest states weakened forces that benefited from the status quo, and required a greater level of regional cooperation to achieve economic modernization and development. Third, the role of Afghanistan is different today than in the 1990s. While it was only seen as a source of trouble at the time, Central Asians presently understand that Afghanistan is a Central Asian country that holds the key to their linkages to the south, and have increasingly engaged to help resolve Afghanistan’s problems.

As Central Asians seek to design structures of cooperation that fit their needs, they should certainly build on the achievements of the late 1990s. But an overview of other global efforts at regional cooperation is also instructive. An overview of several such initiatives suggests that two in particular hold relevance for Central Asia: ASEAN and the Nordic Council.

ASEAN emerged at a time of severe geopolitical tension in Southeast Asia, and succeeded in forming a consensus among regional states to prevent efforts of great powers to pit one regional state against another. From the early 1970s, ASEAN developed mechanisms that secured unity among regional states, and helped them approach foreign powers as a unit rather than separately. Moreover, ASEAN focused considerable energies on the economic front, and helped Southeast Asia develop into a growth engine in the global economy.

The Nordic Council has more limited ambitions than ASEAN, but is relevant because it shows that regional cooperation can succeed even in a situation where member states have divergent approaches to continent-wide integration structures. Much like Central Asia, the Nordic countries share close cultural and linguistic linkages, but have different patterns of membership in cooperative structures like the EU and NATO. That has put some limits on their regional cooperation, but it has not hindered them from entering into far-reaching agreements, such as the free movement of people and labor decades before the EU Schengen agreement.

A comparative examination of the structures for regional cooperation in the Nordic Council, ASEAN, Mercosur and the Visegrád Group leads to a very specific and highly significant conclusion, namely, that institutions matter. The relative weakness and ineffectiveness of Mercosur and the Visegrád group is a direct consequence of their weak institutional structures. ASEAN and the Nordic Council, by contrast, derive their effectiveness from the fact that over more than half a century they have focused serious attention on strengthening their institutional structures.

The coherence and rigor of Central Asia’s future institutional structures will determine their effectiveness.  This, rather than high-flown rhetoric about regional cooperation or highly publicized one-time meetings and conferences, will shape the future Central Asia. Similarly, one must also caution against too forceful and fast-paced efforts, advocating instead a gradual, step-by-step and flexible approach that will make sure all participants are fully content with the way their interests are protected and secured.